Let’s explore the major features and differences between Kubernetes and Docker Swarm in this article, so you can choose the right one for your tech stack.

Kubernetes is an open-source, cloud-native infrastructure tool that automates scaling, deployment, and management of containerized applications—apps that are in containers.

Google originally developed Kubernetes, eventually handing it over to the Cloud Native Computing Foundation (CNCF) for enhancement and maintenance. Among the top choices for developers, Kubernetes is a feature-rich container orchestration platform that benefits from:

Docker Swarm is native to the Docker platform. Docker was developed to maintain application efficiency and availability in different runtime environments by deploying containerized application microservices across multiple clusters. 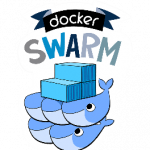 Docker Swarm, what we’re looking at in this article, is a container orchestration tool native to Docker that enables applications to run seamlessly across multiple nodes that share the same containers. In essence, you use the Docker Swarm model to efficiently manage, deploy, and scale a cluster of nodes on Docker.

Differences between Kubernetes and Docker Swarm

Kubernetes and Docker Swarm are both effective solutions for:

Both models break applications into containers, allowing for efficient automation of application management and scaling. Here is a general summary of their differences:

Now, let’s look at the fundamental differences in how these cloud orchestration technologies operate. In each section, we’ll look at K8s first, then Docker Swarm.

With multiple installation options, Kubernetes can easily be deployed on any platform, though it is recommended to have a basic understanding of the platform and cloud computing prior to the installation.

Detailed steps on kubectl installation can be found here.

Before initializing Swarm, first assign a manager node and one or multiple worker nodes between the hosts.

Unlike Kubernetes, Docker Swarm does not come with a Web UI out-of-the-box to deploy applications and orchestrate containers. However, with its growing popularity, there are now several third-party tools that offer simple to feature-rich GUIs for Docker Swarm. Some prominent Docker Swarm UI tools are:

In Docker Swarm, you deploy and define applications using predefined Swarm files to declare the desired state for the application. To deploy the app, you just need to copy the YAML file at the root level. This file, also known as the Docker Compose File, allows you to leverage its multiple node machine capabilities, thereby allowing organizations to run containers and services on:

Notably, both methods leverage using kubeadm and use a Multi-Master approach to maintain high availability, by maintaining etcd cluster nodes either externally or internally within a control plane. To maintain high-availability, Docker uses service replication at the Swarm Nodes level. By doing so, a Swarm Manager deploys multiple instances of the same container, with replicas of services in each. By default, an Internal Distributed State Store:

Kubernetes supports autoscaling on both:

At its core, Kubernetes acts as an all-inclusive network for distributed nodes and provides strong guarantees in terms of unified API sets and cluster states. Scaling in Kubernetes fundamentally involves creating new pods and scheduling it to nodes with available resources.

Docker Swarm deploys containers quicker. This gives the orchestration tool faster reaction times that allow for on-demand scaling. Scaling a Docker application to handle high traffic loads involves replicating the number of connections to the application. You can, therefore, easily scale your application up and down for even higher availability.

Docker Swarm creates two types of networks for every node that joins a Swarm:

With a multi-layered overlay network, a peer-to-peer distribution among all hosts is achieved that enables secure and encrypted communications.

Kubernetes offers multiple native logging and monitoring solutions for deployed services within a cluster. These solutions monitor application performance by:

Unlike Kubernetes, Docker Swarm does not offer a monitoring solution out-of-the-box. As a result, you have to rely on third-party applications to support monitoring of Docker Swarm. Typically, monitoring a Docker Swarm is considered to be more complex due to its sheer volume of cross-node objects and services, relative to a K8s cluster.

These are a few open-source monitoring tools that collectively help achieve a scalable monitoring solution for Docker Swarm:

The greater purpose of Kubernetes and Docker Swarm do overlap each other. But, as we’ve outlined, there are fundamental differences between how these two operate. At the end of the day, both options solve advanced challenges to make your digital transformation realistic and efficient.