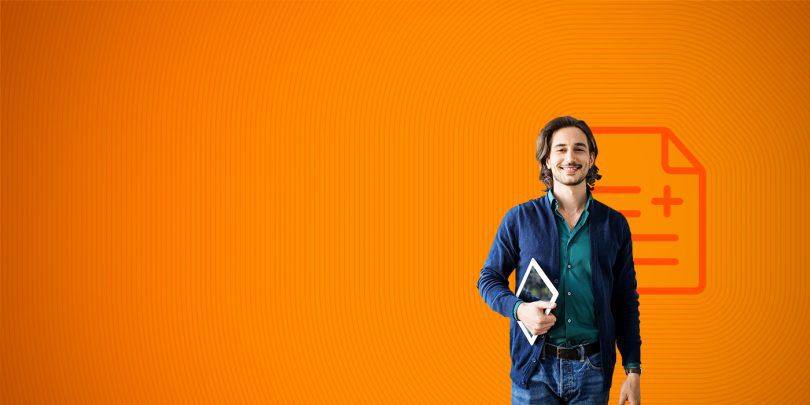 In a regular file on a regular PC or server, the computer stores files in contiguous disk space called blocks. A central mechanism keeps track of which blocks are stored on which disk location. On a PC or server that is called the FAT (File Allocation Table) or NTFS (New Technology File System). Plus there are other structures that keep track of what data is written where.

On a magnetic disk drive the data is written to disk using a moving device called a disk controller. In HDFS writes are pushed across the network using Hadoop network protocols to individual servers which then use a Hadoop data note operations together with FAT or NTFS or something similar to write to the host machine’s data blocks. This is usually locally attached storage, to drive down the cost, instead of a storage array, like a storage rack.(Low operating cost is one of the selling points of Hadoop.)

Hadoop removes the physical limitations of fixed disk sizes by storing file metadata (i.e., the location of blocks) in a namenode process on the master server and the data on any infinite number of datanodes.

Datanode processes running on each node in the cluster to write data to disk blocks there.

Unlike a regular file system, the HDFS can grow without limit as the architecture and administrator can add nodes at will. This abstraction of a single file across multiple computers lets files grow without limits as to their size.

But it also serves as a handy bucket notation where users can conventionally store files without having to give any thought to what directory they are mounted on, etc. For example they can copy any kind of file to hdfs://(server name):port and can retrieve that from any computer on the network.

Many other big data products like Spark, Storm, Cassandra Hbase, Hive, etc. use at least part of HDFS for their applications.

(This article is part of our Hadoop Guide. Use the right-hand menu to navigate.)

HDFS only writes data, does not update

In Hadoop you can only write and delete files. You cannot update them.

The system is made to be resilient and fail proof because when each datanode writes its memory to disk data blocks, it also writes that memory to another server using replication. The number of replicas is set by the user. And Datanodes can be made rack aware. This is necessary because redundancy does not work when you write data to two disk drives in the same rack, that share the same electric power and network connections.

Data blocks on a regular PC are something like 4K or 64K in size. But in Hadoop they are often 64MB.

Hadoop is a batch system so it is not designed to read data fast. Instead it is designed to write large amounts of data and retrieve that using batch MapReduce jobs.

Below we show a diagram of the basic architecture. 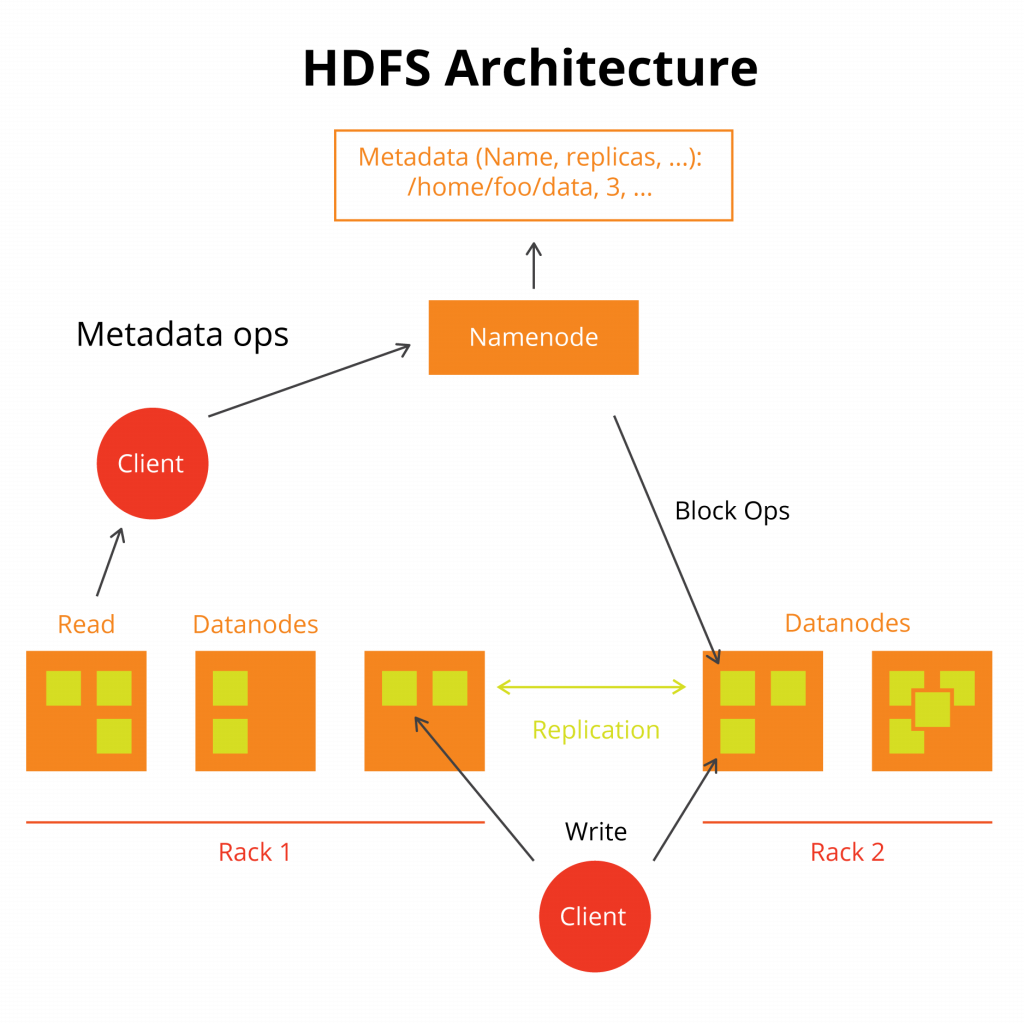 Here we see a mount point/home/foo/data. This is called a Namespace. This folder does not exist on any disk, it is just an abstraction across the cluster. The namespace exists across all datanodes.

The namenode tells the datanodes where to write data. The datanodes report back into which block and drive they have written data to the namenode, so that one central repository can know that. The namenode duplicates that information into a secondary name node.

The datanodes write data to local storage in block format, just like a regular PC. So in the case of a failed disk drive the namenode can reconstruct the data on another data note. (In a large data center disk drives fail daily.) The namenode use the Editlog to keep track of all the write operations. The edit log is written to the namenode server on regular disk local storage. This file is called the FSImage. Hadoop truncates the Editlog as transactions is the FSImage metadata file are written to the datanodes.

You work with Hadoop files either from a client program using the API, like the Java program shown below, or the command line. The commands are almost exactly the same as regular Linux commands: ls, mkdir, chown, etc. So they are very easy to use. The only difference is you write “hadoop fs -(command”. For example hadoop fs -ls lists files in a directory (namespace).

The is command output looks just like regular Linux command:

The HDFS parameters list is very long and is best checked in the Hadoop manual. In brief there are only a few parameters that you need to set to get Hadoop running in local or node mode. The most commons ones related to storage are shown below:

Hadoop is written in Java. Apache Pig creates Java MapReduce programs based upon SQL commands typed into the console. So it is good to know Java if you want to work with HDFS.
Here is an example program Hdfs.java to copy a String to a file in HDFS.
First source the environment:

Here is the source of Hdfs.java.

When we first run this we get this error:

So change the folder permission just as you would with the Linux chown command:

Then cat the file’s contents to show that it workd:

Hadoop files created by Map and Reduce are stored as a varying number of files in folders.
This is because such jobs are split into parallel processes and run across the cluster.
So when you run a MapReduce job and you set the output folder as:

The output is split into a files called “success” and “partn” in the folder /data.txt/ where n ranges from 1 to how every many partitions this step was divided into.

Avro serialization for Hadoop writes data in JSON byte format so it can be consumed by programs written in any language. Avro is built into Hadoop. (Serialization means writing data to storage, like a field or web session or file.) With Avro you can represent complex structures (Arrays, customClass) in addition to primitives (.e.g., int, float, boolean).

Parquet is a row and column storage format added to Hadoop by Cloudera and Twitter. It is like Hbase which is a storage mechanism on Hadoop to store columns of data, positioned close to each other for fast retrieval in a row-column storage design. HBase is the open source implementation for Google’s Big Table database. Parquet is designed to serialize complex structures in bulk, like the classes you define in Java, Python, and other languages, together with their member fields and functions. Parquet supports APache Hive, Pig, and Spark storage as well.

Is a JSON text file, but stored in binary (key-value= format. So (a=>b) would be stored as (01100001->01100010). There are 3 types of sequence files, the difference being whether the keys and values are compressed or not. Those uses these codecs for compression: BZip2Codec, DefaultCodec, GzipCodec. Without explaining how those work observe that a string of 6 bits of 1 could be written as something like “6 1’s” thus taking up less space than 6 actual 1s.

Needs no explanation.In Java it is designated:

Hadoop in the cloud

Different vendors have implemented their own Hadoop abstraction, for example Windows Azure and Amazon EC2 and S3. S3 in fact is already a URL-type file system, like Hadoop, replacing directory names like //server/directory/file with URLs http://. Cloudera has made Hadoop the bulk of its business.