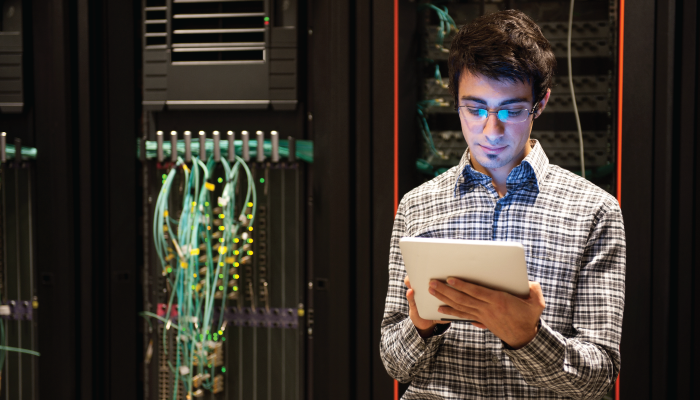 In late February this year, Morgan Stanley released an industry estimate that surprised the technology industry. In it, the financial and investment giant predicts an increase in sales in the purchasing of on-premises hardware, reversing a steadily decreasing trend as companies shift towards cloud computing.

The projected sales growth, possibly reaching double-digit earnings growth in 2018, marks a change in Morgan Stanley’s “view from cautious to attractive”. The report has certainly made a mark on the both the cloud computing industry and legacy hardware companies.

So, what is driving this predicted boom in on-premises hardware?

What the report says

The brief memo, issued by Katy Huberty, head of Hardware Equity Research, starts with a brief overview of the world of technology: everything is shifting to the cloud. Companies are developing their own cloud strategies and moving small bits or larger portions of their data to the cloud to take advantage of efficient data storage, machine learning technology, and reliability for their product and company.


In the last decade, purchasing from legacy hardware companies has decreased so much that some investors have deemed such products as obsolete – in the face of cloud computing. And that bears out, to some extent: Morgan Stanley says that for every $1 in revenue that hyperscale cloud companies earn actually hurts legacy technology firms threefold, resulting in $3 of revenue decline.

The prediction also states that 21% of current computing is performed in the cloud but will likely more-than double to 44% by the end of 2021.

The reasons for this aren’t entirely clear, as with any prediction that is part fact and part imagination, but the report points to two main contributors:

Morgan Stanley relied on their own survey of 100 CIOs in the U.S., wherein more CIOs plan on speedier IT budget growth in Q1 of 2018 compared to Q4 of 2017. Smaller contributors may bolster this change, too, including a weaker U.S. dollar and declining prices for memory, making certain spending more affordable.

So, does this all pan out/make sense?

This prediction, regardless of whether you agree, does have some basis in evidence. Industry intelligence firm RightScale included in their 2018 State of the Cloud report that 38% of nearly 1,000 enterprises surveyed indicate that public cloud computing is top priority for their IT budgets. Interestingly, 45% of those surveyed said a hybrid plan of public cloud and private on-premises data centers are their goal.

And hybrid plans make sense: depending on the company, product, business revenue and size, mission-critical information may need to stay on premises, stored in local hardware. This information may require security and bandwidth that favor proximity and local protection.

Another key point is that as AI and IoT continue rapid growth, more machines are necessary. So, perhaps it isn’t every small- and medium-size company that will overhaul their on-premises hardware. The hyperscale companies themselves, like Google and AWS, may indeed be buying new hardware. In fact, hyperscale companies are more likely to simply replace hardware in a shorter timeframe (3-5 years) than smaller companies because the scale of savings offers significantly lower operating costs.

A good example is Dropbox, who recently dropped AWS altogether in order to build their own on-premises data centers. While their plan was years in the making, the final move away from AWS ultimately boosted their finances. Dropbox has explained the initial benefits of using AWS: testing, developing, and scaling. As Dropbox grew, however, the economics of cloud computing made less sense.

Of course, not everyone is on board with this prediction, particularly cloud companies who indicate that cloud computing is the future, or even the present. In reality, few people seem to be arguing against that.

Some tech experts say to consider your data. A good IT team can use third-party cloud systems to train machines, taking advantage of speedy, reliable machine learning environments, but then recoup that learned data in-house to store, secure, and continue learning on it.

Importantly, companies will learn that cloud computing isn’t always the right choice for all their data and processes, especially when you consider the sensitivity and security of specific data sets. Another thing to consider: when you recoup data back, do you get it all back? Do you own it all?

More than halfway through 2018, it’s too soon to tell whether this prediction is panning out. But, intelligence firm International Data Corporation (IDC) released data indicating that worldwide revenue from enterprise storage systems grew 34.4% year over year, up to $13 billion. Interestingly this is the largest YOY growth in the 12 years that IDC has tracked the data.

Of course, these numbers are revenue only, not actual product. External storage sales are relatively flat compared Q1 2017, but servers with storage have increased significantly in the same timeframe. The biggest growth comes from Dell and ODM Direct, both selling directly to hyperscale cloud providers, proving, at least initially, that Morgan Stanley’s prediction may be right and doesn’t have to rely on smaller companies to be correct.

Whether this boom will play out in line with such increased estimates may come down to size. Small and medium companies often outsource as much as they can, depending on their industry and its standards. The bigger they are, the more they can afford to keep things in. Economics of cloud computing can become cost-prohibitive, or at least better value for bringing it on-prem, as with Dropbox.

But, if cloud computing continues its meteoric ascent, maybe hyperscale companies alone will drive this significant purchasing of hardware.