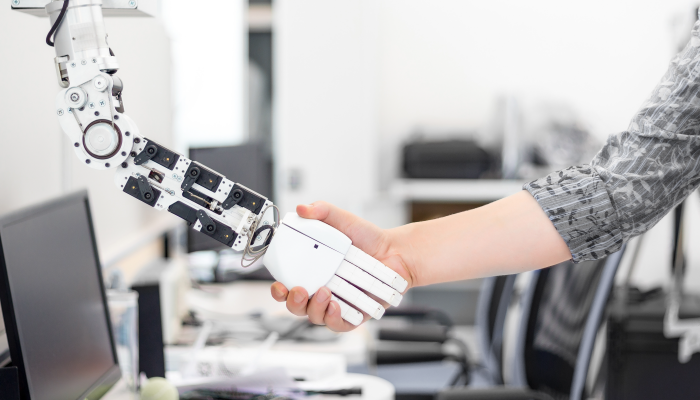 Workload automation (WLA) and robotic process automation (RPA) are both tools that help businesses automate processes and tasks. While they accomplish some of the same things, there are some key differences between the two, with both offering businesses unique advantages and disadvantages. Both workload automation and robotic process automation make workflows more efficient, can reduce overhead costs, reduce the workload of skilled IT staff members, and can automate repetitive processes and tasks.

While often thought of as competing processes, they don’t have to be thought of this way. Instead, in the increasingly complex and dynamic environment of automation, it makes more sense to think of workload automation and robotic process automation as complementary tools. When used correctly, workload automation and robotic process automation can be used together as part of an effective and comprehensive automation strategy. To better understand the differences between the two and how they are best utilized, it’s first necessary to look at each in-depth, exploring some of the benefits that each brings to businesses.

What is Workload Automation?

Workload automation involves the use of software that lets businesses automate, initiate, coordinate, monitor, and change processes across an entire system. At its core, WLA allows for the management and monitoring of tasks that help deliver business services. More specifically, WLA gives IT professionals the ability to submit jobs, workloads, or batch processes in order to automate workflows across a variety of tools.

Unlike other automation tools that are static and more focused on manual intervention, workload automation enables businesses to manage data workflows across a dynamic system. Additionally, it allows for the automation of tasks in a multi-cloud environment and across a variety of apps and data sources. This type of automation is essential for the increasingly heterogeneous systems of many enterprises.

Among its many benefits, the key benefit that WLA automation provides is the ability to coordinate and automate workflows across an entire enterprise and in a multi-cloud environment. Due to it’s holistic and versatile approach, WLA allows for effective enterprise-wide automation that leads to increased efficiency, reduced errors, and decreased overhead costs.

What is Robotic Process Automation?

In contrast, robotic process automation is a tool that allows for the automation of well-defined, rules-based tasks. Broadly speaking, RPA automates actions that humans would take – for example, a mouse click, a keyboard entry, or selecting from a field of choices. At the outset, it’s worth noting that the term robotic can be misleading. RPA does not involve the use of AI, but rather the term refers to the ability of RPA tools to carry out repeatable tasks.

RPA software, often referred to as bots, is trained by users to complete certain tasks, generally those that are time-consuming and tedious. This training takes place as the software tracks how users complete certain tasks. It essentially learns those tasks from users and, as a result, learns to automate them. Because it is used to assist or replace manual work, Gartner describes RPA as a “virtual worker.”

Some examples of tasks that are well-suited to RPA are: the completion of forms; the creation of user accounts; scraping screens, databases and web pages; performing calculations; and following if-or-then statements. RPA is most effective with high-volume workloads, reducing or eliminating the need for manual entry of tedious tasks.

Unlike WLA, RPA tools interact with user-interfaces, as opposed to back-end code. The result is that it’s easier to implement and use. This makes it ideally suited for individuals without extensive technical skills or abilities.

The primary benefits of robotic process automation are decreased overhead costs and increased speed of completing cumbersome and tedious tasks. It can also reduce the risk of error that comes from human entry of data. As an added benefit, because of its ease of implementation, RPA can be utilized by professionals that don’t have extensive technical skill sets.

Despite its many benefits, RPA has some notable limitations. By definition, It only performs under tight requirements and can only complete well-defined tasks. As a result, to benefit from RPA technology, it needs to be used for high-volume tasks and as part of a broader automation system.

As discussed, workload automation allows for automation across dynamic enterprise systems; whereas, robotic process automation simply allows for the automation of tedious, rules-based tasks. On its face, it might seem like there is no place for RPA in light of the more extensive capabilities of WLA. Yet, in many enterprises, there are opportunities to use both tools as part of an effective automation infrastructure.

Despite these limitations, RPA tools can still be utilized even in a system that utilizes WLA tools. In fact, WLA can work with RPA. WLA software can feed the necessary data to RPA software and then let RPA carry out the tasks. This might seem unnecessary – why not just let WLA handle it all? But there are actually some benefits to doing it this way. First and foremost, allowing WLA tools to feed some tasks to an RPA tool leaves more resources for WLA tools to complete complex tasks. This leads to maximizing the efficiency of automation tools and supports the development of an effective automation infrastructure.

Further, when used correctly, WLA can be the ideal facilitator for RPA. RPA’s decision-making and ability to complete high-volume tasks combined with WLA’s cross-system execution leads to an effective combination. Effectively using them together can result in secure, effective, and efficient enterprise-wide automation.

It’s important to note, however, that when using the two together, it’s important that WLA doesn’t simply offload tasks to RPA tools and forget about those tasks. Instead, WLA should monitor the RPA’s actions and trigger a human alert if needed. While there are certain circumstances when it makes sense for WLA to work with RPA to handle certain tasks, to make this collaboration effective, it’s essential to use WLA capabilities to monitor results, taking remedial actions when needed.

Workload automation and robotic process automation are two distinct tools with unique advantages and disadvantages. While they’re often thought of as competing against one another, it makes more sense to think of them as complementary tools. With the right strategy, these tools can be used by enterprises as part of an effective system of automation.

To stay agile and innovative while ensuring reliability, businesses need to be able to orchestrate application and data workflows easily from development through to production. According to EMA, Control-M delivers more value than any other Workload Automation (WLA) solution on the market—helping IT elevate the business impact of this core discipline. 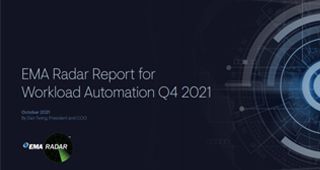