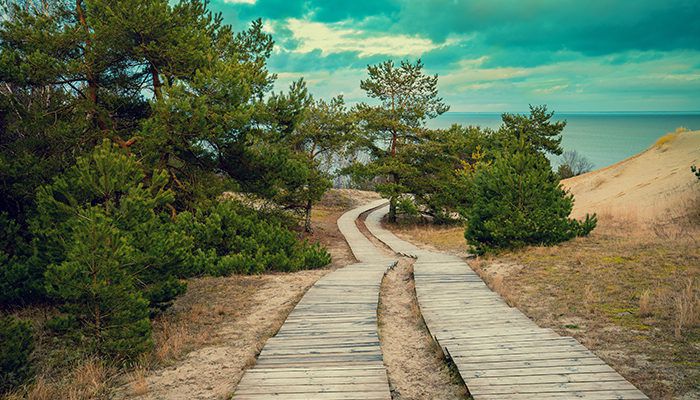 Sometimes the terms FaaS and serverless are used interchangeably. However, they are two different technologies with some significant differences.

In this article, we will have a look at these technologies and understand their similarities, differences, and how to choose the right technology based on your needs.

As the name suggests, serverless is a computing model where infrastructure orchestration is managed by service providers.

The emergence of cloud computing has enabled users to quickly create any service instance, scale up or down, and discard as required, saving CapEx and OpEx while eliminating the need to manage physical hardware.

However, even with these cloud servers, the management and configuration tasks of the cloud infrastructure were left to the users. This is where serverless comes into play.

Serverless aims to eliminate the management and configuration tasks enabling users to solely focus on the application. This is not limited solely to server instances but extends to other areas, too, such as:

Let’s consider an example where we need to provision a SQL database within the Azure cloud provider.

In a traditional scenario, we will have to first provision all the underlying resources from networks and security groups to compute instances. Then, we’ll need to install and configure the SQL database and continuously manage the infrastructure.

However, with a serverless solution like Azure SQL Database serverless, we can create a SQL server with a few clicks that will automatically scale according to the system load without the need for users to manage any infrastructure.

What is Function as a Service (FaaS)?

Function as a Service is a relatively newer concept that aims to offer developers the freedom to create software functions in a cloud environment easily. In this method, the developers will still create the application logic, yet the code is executed in stateless compute instances that are managed by the cloud provider. FaaS provides an event-driven computing architecture where functions are triggered by a specific event such as message queues, HTTP requests, etc. Some of the FaaS options available through leading cloud providers include:

Function as a Service model adheres to a pay-as-you-go model where you have to only pay for the function when it’s used.

FaaS allows developers to solely focus on developing the application functionality without having to consider backend infrastructure or server configurations. Instead, you’ll simply:

FaaS vs Serverless: How are they different?

At a high level, both FaaS and serverless refer to a cloud computing platform that eliminates the need for managing infrastructure. However, these two services excel in different other functionalities as well.

For instance, let’s consider the scenario of a Kubernetes deployment. In a traditional sense, users will have to provision servers, manage networking, install, and configure Kubernetes cluster software, manage scaling and availability, and finally create the container and deploy the application in the cluster. After that, users need to take care of all of the day-to-day management tasks of the cluster, which is their sole responsibility.

That’s a lot of work!

Serverless came along to reduce this workload. Serverless services like AWS Fargate allow users to create an Amazon Elastic Kubernetes Service in a couple of clicks, configure it to suit their needs, and then deploy the application container on the AWS-managed Kubernetes cluster. Because AWS manages everything in this kind of serverless Kubernetes environment, users do not have to:

Now, a function as a service platform further abstracts any infrastructure requirement.

Assume that you can simply deploy the web application without provisioning any kind of infrastructure or configurations—just upload the code with dependencies, and you are done! This is what the FaaS services provide: a platform to run functions without worrying about the underlying infrastructure.

These FaaS services are highly useful when creating microservices-based applications. There, we can break down our web application into separate services that run as FaaS functions. Microservices can highly benefit from FaaS as they are targeted towards event-driven architectures. This is not only limited to a single service for a single function, and there might be instances where a single microservice can be a combination of multiple functions, all running on cloud functions communicating through APIs.

The FaaS concept revolves around providing a development platform that can function independently without relying on a larger application or framework.

Ok. We’ve got a good understanding of the differences between each type of service. Now, let’s have a look at their advantages and disadvantages.

How to choose between FaaS or Serverless

Choosing a FaaS or a Serverless solution depends on:

FaaS options, however, can offer more narrow solutions, and can be used to create functions that complement existing applications that live as separate services outside the core application. This offers users more flexibility when it comes to developing and testing new features.

Additionally, FaaS can be an invaluable asset in microservices-based applications to extend and support application functionalities.

On the other hand, Serverless offers many more options and is not limited to creating functions. It is the best solution if your main goal is to reduce infrastructure management responsibilities while retaining control of the application configurations. However, this comes with additional complexities compared to just deploying a cloud function (FaaS option).

Serverless is also the best option when dealing with large-scale deployments and functional requirements that require multiple technologies rather than simple functions. Unlike FaaS options, serverless options allow users to have a database.

It is not a must to make a strict choice between serverless or FaaS. We always have the option to use both these services in our applications.

For example, FaaS function can power an application component that reads data from a serverless database that pushes data to a serverless message queue or another function via a restful API.

Both Function as a Service and Serverless platforms and services are highly relevant and useful in the current technology landscape. With all the advantages offered by each of these options, it’s the user’s responsibility to select the right service that can best tackle their requirements.