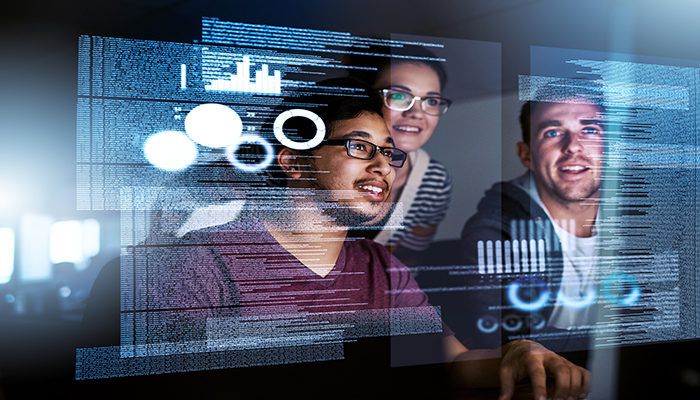 If you’re going to do a webinar about DevOps, you go straight to the source, and BMC recently hosted a chat with DevOps superstar and Tripwire founder and former chief technology officer (CTO) Gene Kim to talk about all thing DevOps and more.

Including the Mainframe in Your DevOps Journey

Early in the webinar, BMC DevOps architect and evangelist Tony Anter and Gene discussed the perception by many people that DevOps is only for the startups, so traditional companies that have been around for 50 years or more won’t gain any value from it. Gene states, “In fact, my area [of] passion since 2014 has been studying not so much the tech giants, but really large, complex organizations that have been around for decades or even centuries, who are using those same DevOps principles and patterns to win in the marketplace.”

When asked about the importance of DevOps to large complex organizations that have a mainframe, Gene responded, “DevOps really transcends the platforms you’re running on.” He provided proof with an anecdote about a publicly traded billion-dollar customer care company that used DevOps practices to evolve its half-century-old flagship application, moving from twice-a-year releases to quarterly, monthly, and finally, a daily deployment model.

“They were able to decrease the cost per transaction by 20X, and if you look at transaction count, it also went up by nearly 20X. [They now have] some of the highest Net Promoter Scores in the cities where they operate. If you can do it for a 50-year-old mainframe allocation, you know you can do it for anything,” he pointed out.

Enabling DevOps Across the Enterprise

We tend to agree with Gene’s analysis that traditional, complex, and large companies that are running mainframes can easily adopt DevOps practices and break down the silos between developers and operations to create a DevOps ecosystem.

Integrated mainframe tools work across an array of cross-platform tools, empowering developers on every platform to perform and improve the processes necessary for each phase of the DevOps lifecycle by:

And we aren’t alone in our opinion. The recent IDC Market Glance for Mainframe DevOps found that embracing a mainframe-inclusive DevOps toolchain enables faster, more frequent delivery of code.

According to the study, “We have observed forward motion in the mainframe DevOps market as of late, making available the tools and technology needed to make mainframe agility realizable for the organizations that depend on it.” The IDC research also indicates that 73 percent of DevOps influencers believe that mainframe DevOps is critical to digital business success.

Addressing the skills gap of mainframe programmers, he explained that with this migration into Java, a mainframe programmer isn’t needed to change a report, a database administrator (DBA) or a Java developer can do that. As Gene said, “I have this picture of a mid-fifties, [maybe] late-fifties mainframe developer who’s paired with a lead Java engineer [who’s] probably thirty something wearing shorts.” Gene also referred to a quote he got from that mainframe developer. “He said, ‘I had my share of baggage. I knew this couldn’t be done. We spent hundreds of millions of dollars, multiple times trying to do this. But it was amazing to see the best of open systems and .net and Java that could make it work on the mainframe. It was exhilarating watching thousands of lines of assembler code disappear.’”

Gene added, “Not only was the code more maintainable and didn’t [require] the mainframe team, any Java developer could do that, but it ran on a different zIIP engine on the mainframe and the cost of operating that and running that went down by 95 percent.”

Workloads are expected to grow on the mainframe, and BMC DevOps tools are empowering developers to make the mainframe as adaptive as any other platform, regardless of their experience developing on the mainframe. We call this “mainstreaming the mainframe,” an approach that not only brings agility to the mainframe, but also helps unify mainframe and non-mainframe code into a single, highly-manageable repository of digital business logic. Ultimately, it makes the mainframe a more accessible platform for anyone who has little or no mainframe expertise.

“BMC Compuware helped complete the conversion in my thinking about the mainframe by demonstrating that all code can be subject to the same principles, processes, and tools—regardless of platform or syntax. That bodes very well for a company like Ameritas that has so much invested in COBOL applications.”
—Mike Wells, Director of Software Development, Ameritas

BMC is proud to offer multiple solutions to mainstream the mainframe and encourage your enterprise DevOps journey, starting with a portfolio of BMC Compuware DevOps products. The portfolio integrates with each other and with an expanding array of best-in-class, cross-platform partner tools, enabling developers of every kind to:

“We were keen to enable better, slicker processes that dovetail technology with the needs of the business, so we can be agile and responsive to our customers. DevOps is pivotal to this. It gives us an opportunity to identify new capabilities that our customers are calling for and bring them to market quickly, providing a competitive edge.”
—DevOps Transformation Manager, Large UK Bank ​

Driving the Value of DevOps on the Mainframe with BMC AMI

The agility provided by BMC AMI solutions gives a new wave of Dev and Ops teams the tools they need to collaborate and create with the most timely and accurate data available, driving the value of DevOps on the mainframe like any other platform by:

“Being integrated into the development process with BMC AMI DevOps for Db2 enables us to all share in the responsibility of moving changes toward production. We are working as a unified team now.”
—Steven Goedertier, Database Administrator, Colruyt

You can read more about Gene’s opinion on traditional and government agencies using DevOps in a separate blog, and be sure to check out Tony’s blog here referencing Gene’s book The Unicorn Project and how it relates to the mainframe. To see more from Tony’s conversation with Gene about achieving success through DevOps, check out the full webinar.